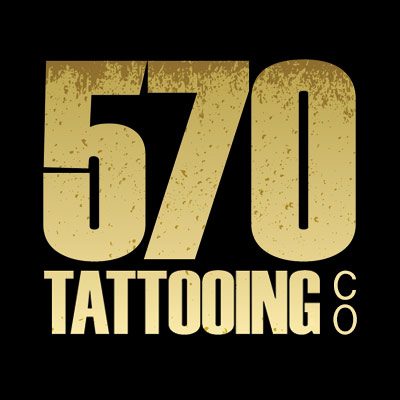 Ron Russo began tattooing in 2000. A close friend of his had gone on a long unexpected "vacation", and told Ron he could have all of his machines. Always wanting to be a tattooer from the age of thirteen he decided "Hell it can't be that hard!", and started tattooing any friend who was unclever enough to fall victim to him running a machine on them.At this point not even educated enough in the tattoo industry to know it wasn't a "gun". Ron realized after a few months of hacking up so many victims that this path of learning to tattoo was not the correct one for him. He began to travel fifty-five miles a day to a shop called Images begging,pleading,trying to hustle his way into an apprenticeship. Owner Robert Kunkle told him more than a few times hit the road kid it just isn't happening.Ron persevered,and refused to give up returning every day for six months until Kunkle wavered.He looked at Ron ,and said"Here's a rake kid,you wanna be a tattooer,you start from the bottom up." Ron finally had his in.He raked those leaves with more gusto than one would have thought. It was two acres,but Ron did not care if it was two-hundred.He finally was where he had always wanted to be.Till this day if asked Ron will gladly credit Robert Kunkle to where he is today.

In 2005 Ron, and his wife Geena opened 570 Tattooing Co. in Wilkes-Barre PA. The shop had not actually been a plan for Ron at that point in his life,but Ron's wife, Geena on a drunken night of partying with friends came home,and woke him up to exclaim " That's fucking it,your done working for someone else,I'm going to build you a tattoo shop!" Five weeks,and three days later 5-7-0 opened its doors. Ron will tell you it was the best decision that anyone ever made for him.

Ron has two daughters. Madison age ten,and Brilee age four. Being a dad,and husband is what keeps him driven to work harder,and get further in his tattooing career.It is not the most common thing in our industry for a tattooer to be so family oriented. If you talk to Ron it is very obvious how much the three women in his life truly rule his universe.

To describe Ron's work it would most likely be considered realism,but with as much dark,and demented twists he can get into each piece he does.Ron gravitates to horror related pieces over any other subject matter. It is his goal to one day be featured in a horror magazine for his work.

Ron has most recently become know for his work over the past two years. Winning trophies at every convention he attends. The one he takes most pride in is the Hell City first place small color tattoo of the day. Hell City is where most tattooers hope to be allowed to work the show so to receive any recognition there was a great honor for Ron.

Pride,hard work,and dedication is what Ron puts into every tattoo he does. Experimenting with new techniques so that he can grow as an artist Recently finding a new passion in painting. You can find him most nights hidden away in his basement 'till all hours of the morning working on his newest creation. Ron feels the only way to maintain is to stay constantly focused on the next step in his career as an artist. An artist all around,not only a tattooer.

After spending ten very long years making a name for himself RON570 has no plans on stopping now. To quote Ron "Progression is everything. I work as hard asI can everyday. If I don't I'll fall behind,and those young boys are coming up nipping at our heels. I'm moving forward. I am being the artist I always dreamed I'd be. I couldn't be more blessed."