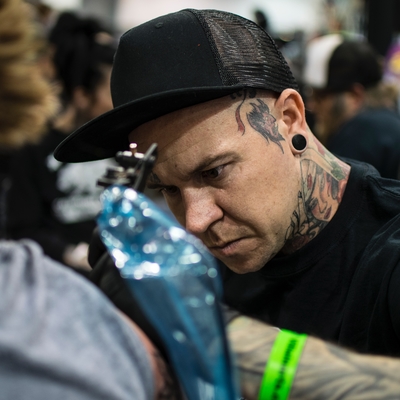 
Colby grew up in Fremont, Nebraska. He completed one year of Studio Art classes and began piercing in Omaha in 2011. Two years later, he completed his tattoo apprenticeship.

Colby moved to Kansas City and found his home at Working Class Tattoo in 2015. Since then, he has traveled the country to participate in tattoo conventions from St. Louis to Seattle.

In January 2016, Colby boxed in Tattooed Gloves 2, a match for charity that was featured in the sports issue of Inked Magazine. In April, he did live human suspension at the Villain Arts KC Tattoo Arts Convention. That same year he was honored to be included in an art auction benefitting True South, Hooligan Holiday Art Exhibition, and a flash tribute book for Les Skuse.