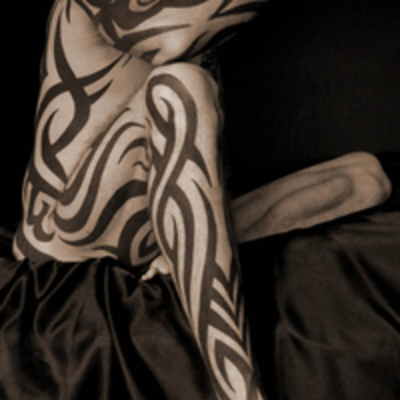 Jen Mayer began tattooing in 2002 as an apprentice to award-winning Australian tribal-style tattooer Clancy Warner at the former Clan Tatu (Tempe). Jen spent three years at Clan Tatu, as well as a year with Atomic Tattoo (Austin, Texas), and a year at Living Canvas Tattoos (Tempe). She spent several years as a resident guest artist with Mantra Tattoo (Cheltenham, England, UK). You may have also been tattooed by her at a convention in Florida, Las Vegas, Amsterdam, or London. When not tattooing, she works as a musician.

Jen says: I like working on unusual custom projects, but I consider tattooing to be a form of energy channeling. This means I consider all tattoos meaningful, regardless of subject matter, and I try to help people get what they need out of the process.