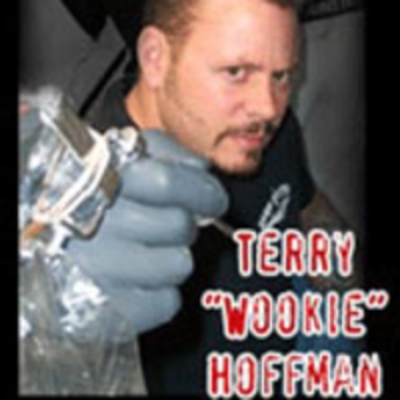 
Terry “Wookie” Hoffman is an Arizona native and has been tattooing for 15 years, 13 of which he has spent with Club Tattoo. Through out the years his specialties have grown through many realms always based around impeccable line work. Wookie is well versed in color & black & gray with a majority of his work tapering towards the black and gray style. Over the past several years his specialties have focused on realism such as portraits, wildlife, floral and pin-up girls.

Wookie’s main influences have been tattoo artists such as Tom Renshaw, Bob Tyrrell, Nikko Hurtado, & Sage O’Connell. With artist influences such as Dave Nestler, Jon Hul, Carlos Diez & Al Rio. Black and gray has been a mainstay for realism in Terry “Wookie” Hoffman’s work but more recently he has been expanding into full color work with his portraits.

Wookie has won over 35 awards for his work in Arizona and across the country.